Fake News: How To Spot It and Its Future Impact

Publishing Fake News is an elaborately disguised attempt at manipulation, with a clear intention of deceiving an audience. It often has an economic, political or corporate agenda behind it.

What Is Fake News?

Fake News is an often misused and misunderstood term. The closer you look, the harder a truth claim can be to verify. No one can claim to speak the truth with perfect precision. For that reason, it can be all too easy to discredit a journalistic claim, or angle, by shouting “Fake News!” Sometimes, it is a question of perspective. There is a level of subjectivity to most truth claims, and where that crosses the border into opinion can be a tricky thing to define.
Let’s be clear. Fake News is a claim which is published, posing as an authoritative journalistic source, which can then be proven to be untrue. It is not backed by substantial evidence, and there are readily accessible facts contrary to the claim.

Publishing Fake News is an elaborately disguised attempt at manipulation, with a clear intention of deceiving an audience. It often has an economic, political or corporate agenda behind it. That can be as mundane as making advertising revenue by attracting traffic through untrue clickbait articles.

One example of Fake News would be President Trump’s claims that “this election was stolen from you, from me, and from the country.” Another would be the peculiar claim that Bill Gates is somehow responsible for the Covid-19 pandemic.

It’s no secret that the phenomena is having a polarizing effect in the political realm. One peer reviewed tech journal reports that 44% of people on Facebook trust the fake news suits their political stance.

How to Spot It

One way social media companies can track the spread of Fake News is through detecting inauthentic bots that are resharing articles; something that your average citizen can’t do. Sometimes, even the best of us can be fooled; hopefully when that happens it’s a benign case, where some clickbaiter might earn a few extra cents. But it never hurts to be vigilant, with more and more bad actors populating the media space every day.

The golden rule: Always try to find the source of the news. Is it from a respectable source, or are there any respectable sources willing to associate with it? Social media can muddy the field, with articles arriving to readers, who may not query the article’s origin. 68% of American adults read the news on social media, according to the Pew Research Center.

Fake News often exists in a web of sources, with one website attributing their claims, and redirecting the reader to another news site. Sometimes all the investigation necessary is following those links. That can often reveal a chain of sometimes empty web pages, or random websites which are not even posing as journalistic sources.

Another rule: Follow your instinct. If something sounds too big or too drastic, it may well be so. One great tactic of manipulation is to ‘lie big’. Really, it’s a bluff, a confidence trick which can be enough to fool those who have no stake to lose. In that case, look to see if any other outlets are reporting the story. The most trustworthy information sources, which can be used as points of comparison, are the newswires like Reuters, AP and AFP. 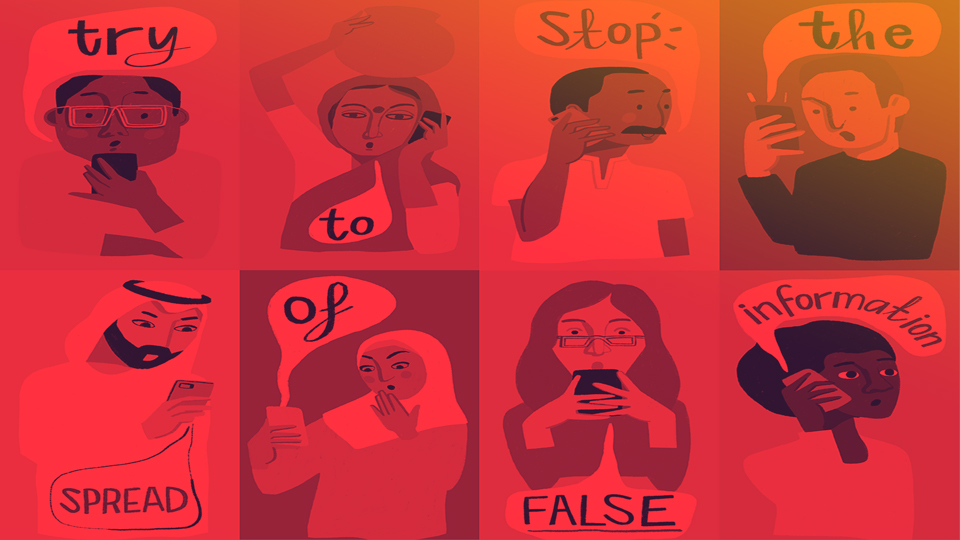 Fake News has shown no sign of abating. As long as readers can be fooled, there will be someone more than happy to do the fooling. However, what is likely to continue evolving and transmuting is the purpose of those bad actors.

The business world should expect the publication of Fake News to become a common malpractice. If a business focused article can receive a wide enough readership, stock market prices can be inflated or deflated. The economic value of playing the market by spreading Fake News, if done smartly, is almost without limit.

Another area in which Fake News could grow is the realm of gossip. Without sufficient regulation, fake, even defamatory claims could become commonplace. Imagine the advantage that stands to be gained in the business world between rivals, or in the political world between sparing politicians. Just whispers of an untruth could be enough to sully a rivals reputation. Given how hard it would be to trace a claim to its source, the risk is low, and the benefit potentially huge.

With Deep Fakes on the horizon, and algorithms awarded greater control to curate news content, the territory is set to become increasingly complex. On a societal level, Fake News is a question for governments and tech giants to confront. And on a personal level, the methods to evaluate news and news sources is a civic responsibility which everyone should practice.

Above all, think critically, and look to the consensus, and of course: Don’t believe everything you read!