Lollapalooza 2022: A historic moment for K-Pop at the US music festival

The festival drove an impressive 3.4M conversations, 4.4x more than last year. The majority of discussions revolved around J-Hope; over 2.4M occurred on the day of his performance and were mostly driven by fans sharing their excitement on Twitter. Read our full report.

This year’s Lollapalooza marked a historic moment in K-Pop history. Singer and rapper J-Hope became not just the first BTS member to debut as a soloist, but also the first South Korean to headline a main stage at a major American music festival.

To understand user discussions about Lollapalooza, and the presence of K-Pop artists at US music festivals, Maven Road performed Social Listening and Audience Analysis based on worldwide conversations from July 28th to July 31st. Benchmark data from the past four years were included to track the evolution of online conversations about the event. 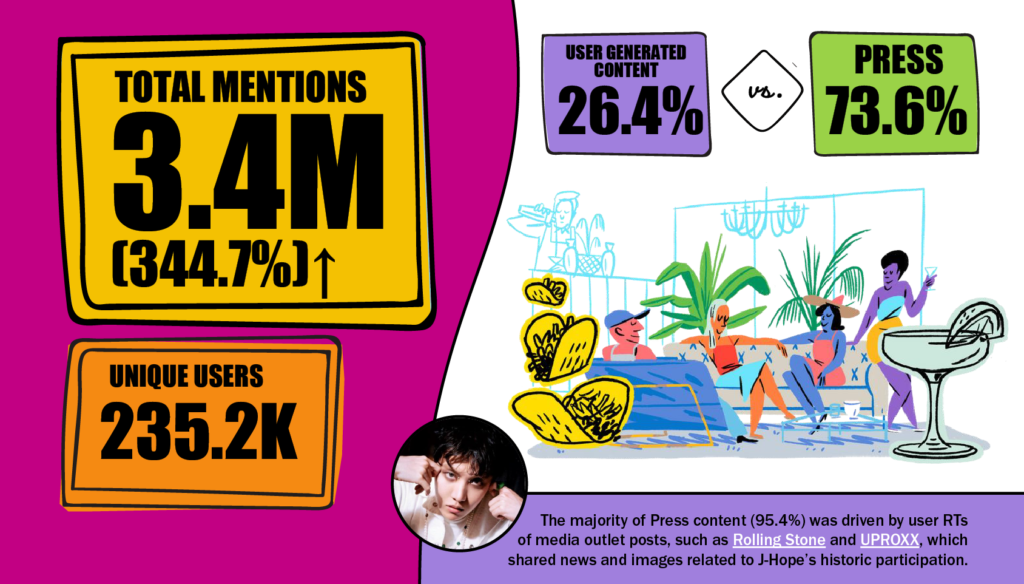 This year’s Lollapalooza was the most discussed event in the festival’s history, reaching an impressive milestone of over 3.4M mentions on social channels.

Users who participated in the festival-related conversations were mainly women between the ages of 18-34 years old. Additionally, they shared common interests in Movies & TV (46%), Education (36%), and Sports (20%).

Surpassing the three million mark, this year’s edition became the #1 amongst all of its past iterations by a great margin. This exponential rise was mostly due to the participation of 235.2K unique authors, mostly K-Pop fans, being supportive of J-Hope’s debut as well as boyband Tomorrow x Together’s performance at the event.

K-Pop seems to have gained popularity in US music festivals in the past year. During this year’s Coachella, the Korean group 2NE1 made a memorable comeback driving 989.8K mentions; and famous female group AESPA garnered over 917.5K conversations.

Lollapalooza also contributed to the trend, with Tomorrow x Together and J-Hope becoming the first Korean artists to perform at the festival. Both shows gained a lot of popularity, accounting for more than 517.7K and 2.2 million mentions, respectively. Fans shared supportive posts and opinions about their performances.

During the festival days, the K-Pop genre garnered over 590.6K posts with an identifiable location on Twitter. The majority of mentions were from the US, accounting for over 103.0K discussions.

Posts about J-Hope accounted for 62.3% of overall Lollapalooza conversations

Additionally, Bud Light Seltzer, the brand who sponsored the stage J-Hope performed on, garnered 28.7K mentions due to posts about the show. 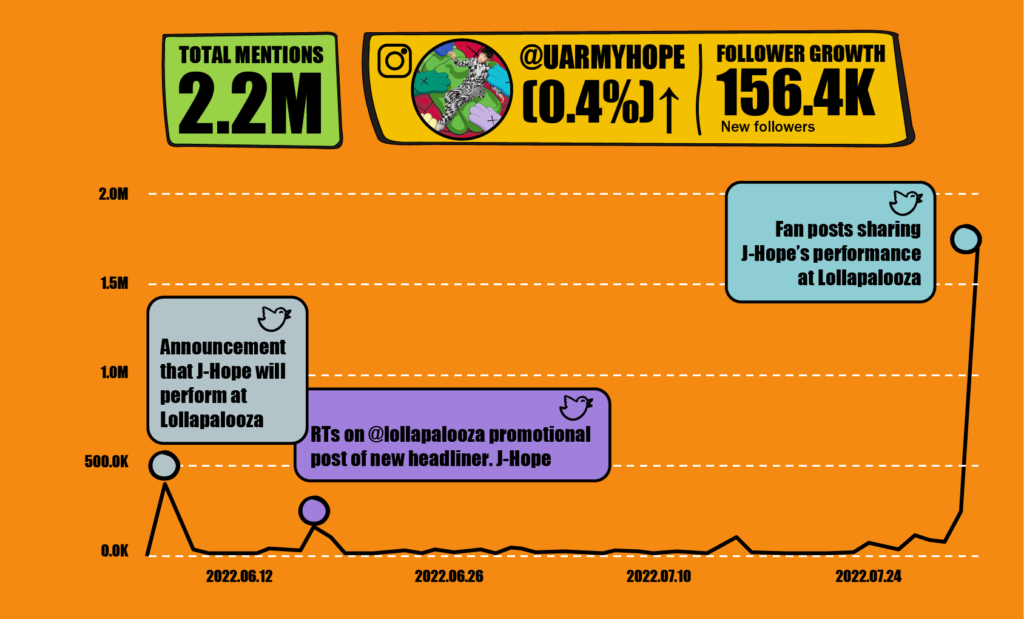 The top 3 most tweeted hashtags of Lollapalooza referenced J-Hope. Fans mainly expressed their love for the K-Pop singer. 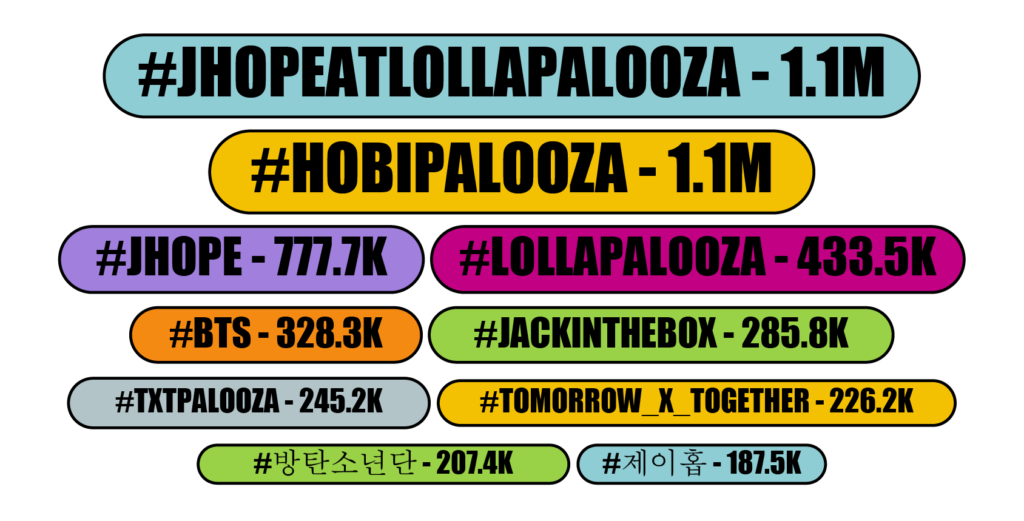 About Us: Maven Road is a global business intelligence firm focused on deciphering big data and creating actionable insights that enable our clients to develop and maintain a position of strategic market leadership.